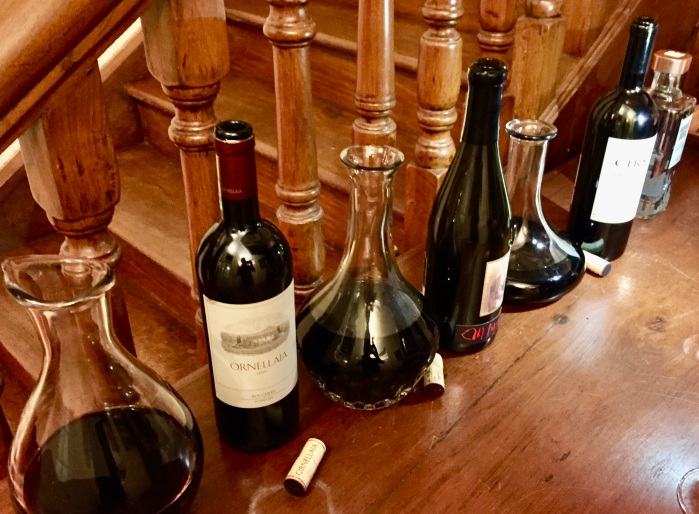 Since arriving in Sri Lanka towards the end of January, I have had no wine except for a forgettable Australian Chardonnay and a Merlot at a party in February. But in Colombo last week, I was treated with more fine wine than I could drink in a month!

The host, an over-generous and long standing friend is an ardent wine lover in a country that has no wine culture and imposes an incredibly heavy duty on all alcoholic beverages. Many years ago, I provided my friend, at his request, with plans for a fancy wine cellar for entertaining friends but advised him to invest in an Eurocave instead. When I visited him in Colombo a few years later, he showed me his underground cellar and his Eurocave, not one but over 20, packed with some of the world’s  most sought after fine wines!

The party last weeks was a ‘simple’ one for a few close friends. Wines were decanted and poured in to Riedel glasses. We started with a Sauvignon Blanc from Australia and Warwick First Lady Chardonnay. When I said that Warwick Estate produces better Chardonnay, he promptly produced a bottle of White Lady. Then there was Warwick Trilogy, Vilafonte C, 2011 Ornellaia, Kaesler Old Bastard Shiraz 2014 from the Barossa, 2014 Sagrado Malbec from Argentina and Baffonero 2013 but the wine that really captivated me was the 2009 Cirsion – the soft, silky and ethereal flagship wine of Bodegas Roda. It is a ‘modern’ Rioja made with fruit specially selected for suppleness from 45 year old vines from four vineyards in Rioja Alta. The wine spends eight months in new French oak and four months in bottle before release. It was my first taste of the iconic wine. 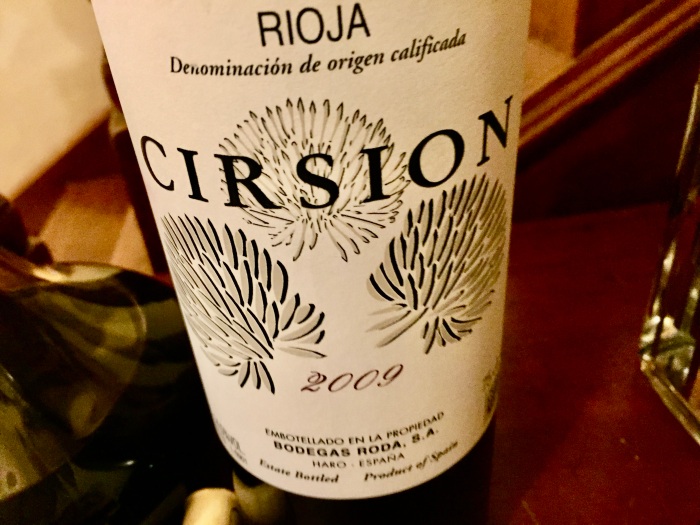 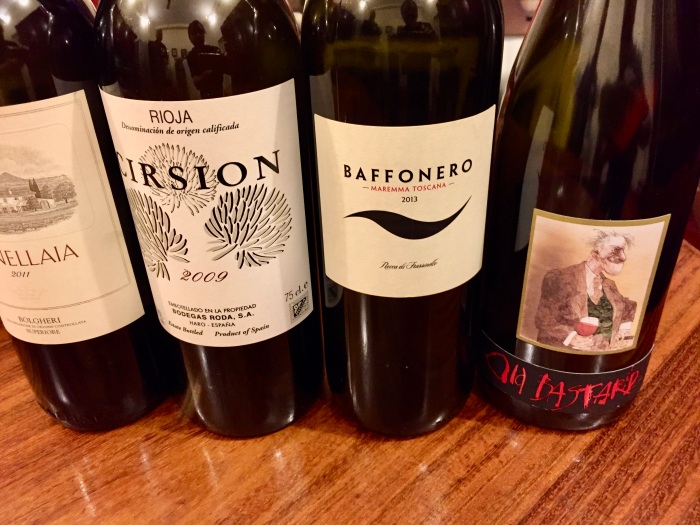 I should have left it at that and avoided the heavy head next morning if I had the heart to refuse the 21 year old Tequila my friend insisted that I should taste just before heading home!

4 thoughts on “An Overdose Of Fine Wine”