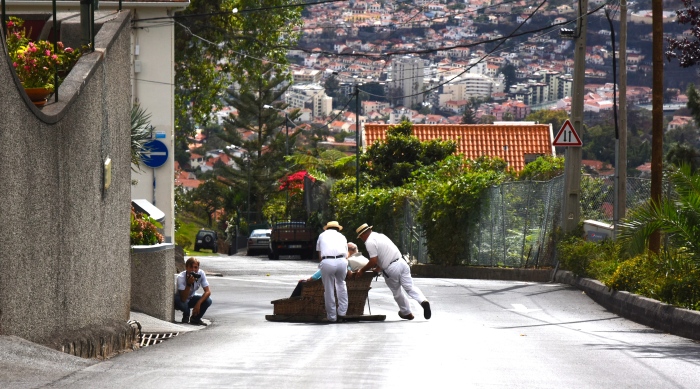 After spending an hour or so in Funchal market that morning, we drove up the hill to Monte for the Toboggan Run. There is also the cable car which starts at Parque Almirante Reis in downtown Funchal and covers the 3,718 metres to the Monte station 560 metres up the hill in 15 minutes.

The parish of Nossa Senhora do Monte was created in 1565, and soon became a summer refuge for wealthy families of Funchal. In 1850, the residents created an innovative method of moving rapidly between Monte and Funchal in wicker baskets. These carros de cesto, baskets with a soft seat for two on greased wooden skis, slid down the three miles of inclined, cobbled streets of Monte to Funchal in ten or fifteen minutes, guided by two men from behind.

Today, the Toboggan Run is a major tourist attraction in Funchal. The two kilometre, ten minute ride starts below the steps of the Nossa Senhora do Monte Church which was built in 1741, and ends in Livramento reaching a questionable maximum speed of 48km/hour. Two men wearing the traditional white uniform with straw boaters navigate the wicker baskets and softly mention the four letter word ‘tips.’ Their mates take digital photographs of the tourists in the baskets as they sped downhill and have them printed, mounted and ready for sale at the end of the ride. 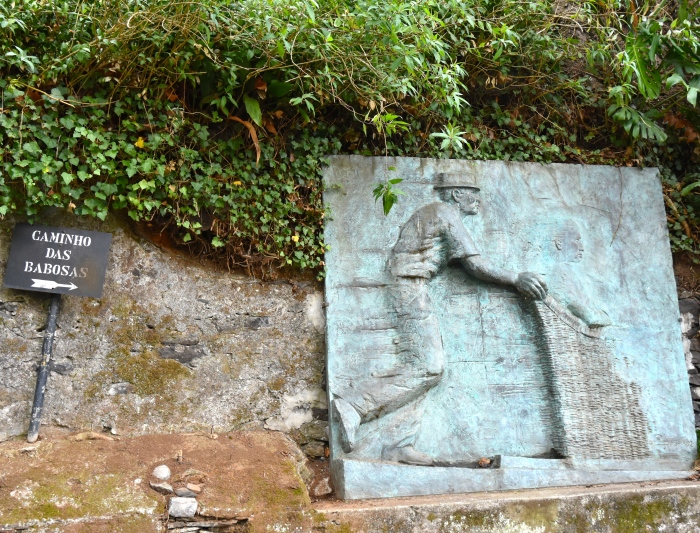 Ernest Hemingway found the ride “exhilarating.” Sadly, I didn’t. It is too slow on the macadam and too safe to be exiting. You certainly are not, to use Hemingway’s own expressions, “staring death in the face.” If only it went a bit faster…

The event was arranged by: