Barbadillo have released an Amontillado from a 1891 cask that belonged to the bodega’s founding fathers. Yesterday I had the privilege of tasting it

‘The history of this Amontillado began with the founding of Barbadillo in 1821 when Don Benigno Barbadillo returned from Mexico and purchased a bodega in the centre of Sanlúcar de Barrameda. By the late 1800s the company possessed a number of bodegas in the old, upper town of Sanlúcar, as well as vineyards nearby.

In 1891, when Don Manuel Barbadillo was born, he received, as was the custom, a 500 litre cask of old Amontillado sherry from his father. The cask aged virtually undisturbed. Don Manuel also became a prolific writer with over 80 publications including one of the definitive works on Sherry, ‘Alrededor Del Vino de Jerez’ (‘About Sherry’) and his poignant diary during the Spanish civil war. Above all, he became known for his poetry with 22 books of verse published.

The bottle is made from one of the purest types of crystal glass in the world, melted at 1100ºC and fashioned by artisans at Atlantis Crystal in Portugal. All the details in the bottle have been individually carved by precision sandblasting. The word ‘Versos’ is also painted with liquid gold, whilst the bottle neck and the cork is hand painted with platinum. The inner neck has been smoothed out using a diamond bit. Since every bottle is unique, a unique cork has to be hand prepared for each of the 100 bottles of Versos. This grand bottle is housed in a special leather case.’

“I am on my way and will be with you shortly” Tim Holt telephoned me from his car. He is Barbadillo’s Area Director and lives in Sanlucar de Barrameda. My first contact with Tim was in April this year when I asked him about the ‘once an year only’ bottling of their Manzanilla Pasada En Rama. Tim wrote:

“We still do the 4 times a year version but it has proved difficult to market in the UK as by the time the Spring version hits the shelves in the UK, the  Summer has already been bottled so customers ask for that version . This is despite the fact that the spring version was still fine. So the solution came by launching (or rather re-launching) the Pastora Manzanilla Pasada and just bottling once a year and En Rama. The fact it’s an older Manzanilla, a ‘Pasada’, gives it more stability which means it will retain it’s straight from the cask properties for a longer period than 4 months. Recently wine critics (especially in the US) have recommended leaving En Rama for 2 years. Although it won’t replicate the cask flavour which the fresher versions will offer, it will evolve rather than spoil over this length of time. Pastora is a superb Pasada and the label was last used maybe over 80 years ago or more. We have brought it back to life using this Manzanilla Pasada from the Pastora bodega itself. I hope you enjoy it. I hope this answers your questions written in a rush I’m afraid. I am about to take off  for China.”

“So let’s first taste the Pastora Manzanilla Pasada” Tim leaned forward and whispered, pulling out not a half bottle but a magnum! “The trade wanted some magnums. So we made a small quantity” he explained. It tasted lovely – as always, but I will stick to my half bottles. I brought out an old (8 years plus) Sanchez Romate Fino which is listed as Fino-Amontillado. The oxidative stages a Fino goes through in its conversion to Amontillado when the flor is dead are sometimes called Palmas – One, Two or Three, depending on the age. It was my first taste of it but I preferred the Pastora. 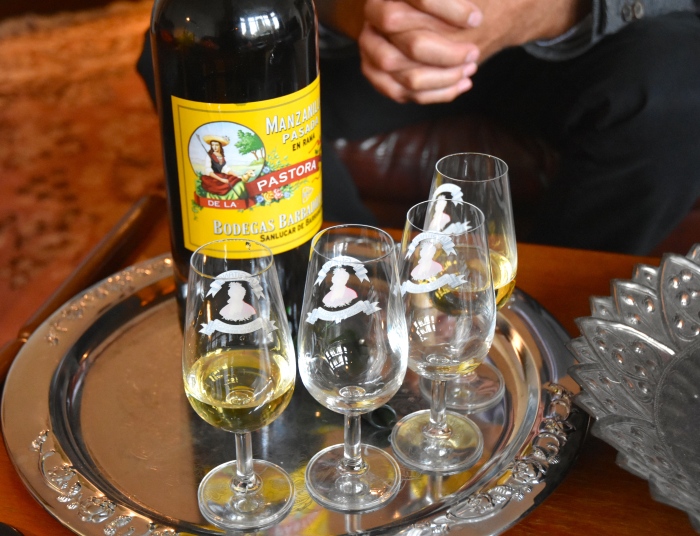 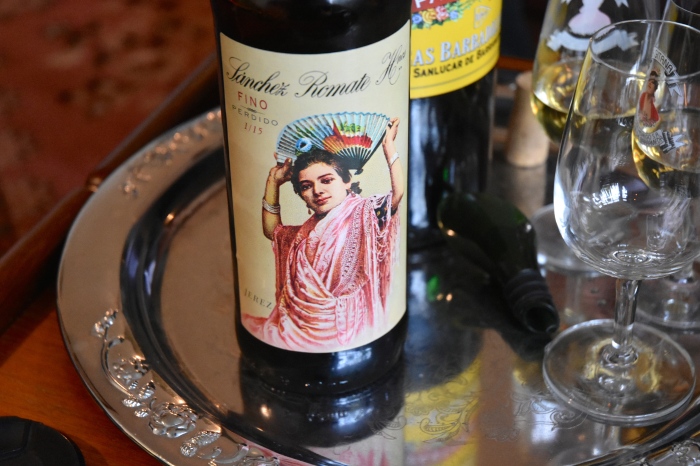 Tim poured me a small amount of the Versos from a sample bottle. It had a lovely nutty nose and was powerful, layered, pungent, nutty and fresh at the same time, velvety smooth and very long. I sipped it in silence, savouring every bit of the precious liquid. I compared it with a glass of Barbadillo’s other top Amontillado bottling – Principe, in which the heat of alcohol is apparent and the acidity has its impact on the throat. 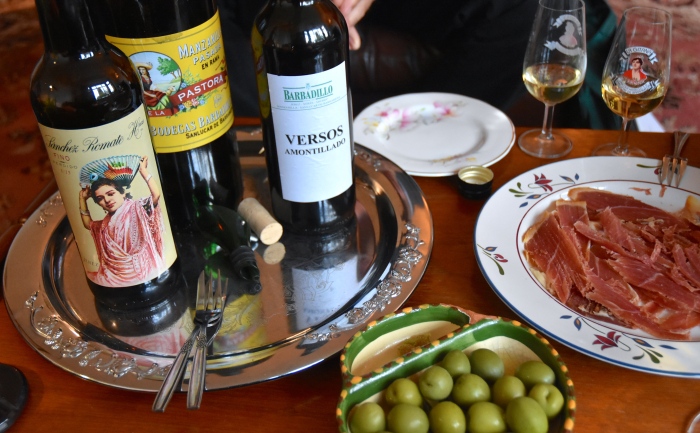 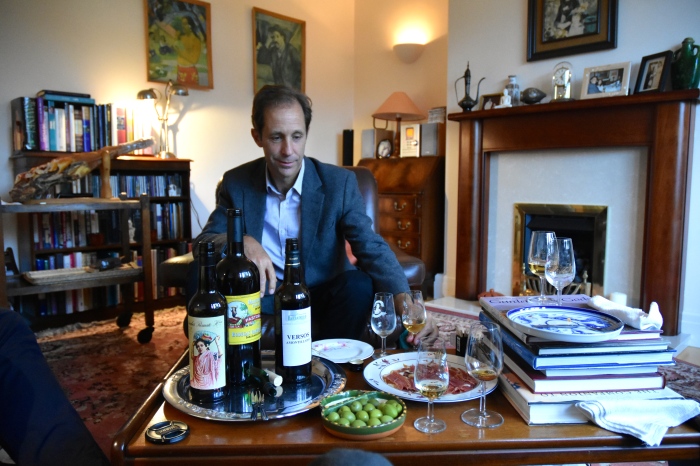 Versos is expensive – very expensive. The recommended retail price is £8000 per 75cl bottle but it can be had for a lot less if you know where to get it. You will have to hurry though as barbadillo have already sold 20 of the 100 bottles!